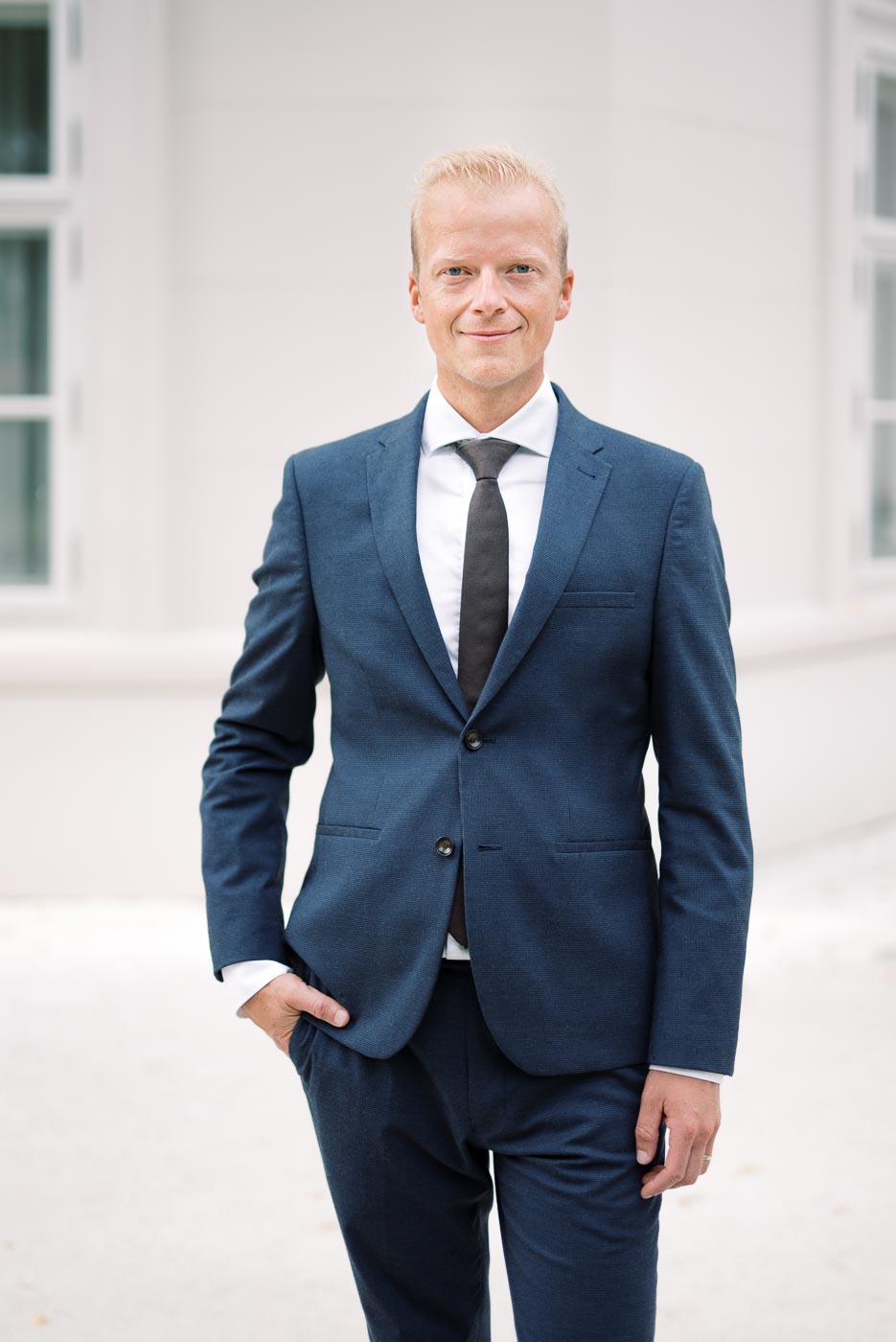 Těší mě – Nice to meet you! I’m Tomas Dolejsi. I’ve spent the last decade around the globe casting about beauty and capturing love unbounded. Driven by the stories, spirit, and soulful journeys of exceptional couples, like you, I believe that what we remember and what we have witnessed of our biggest moments should perfectly merge. Time holds and molds us. We live in it as clocks and watches assure, yet it takes the smallest emotions to speed it up or slow it down. Occasionally snippets go missing- but is there anything more plausible to affirm our beautiful days and remarkable times than images? Drawing on years of experience in editorial and film photography, I’ve learned to document beyond the obvious, to what is substantial, bespoke, graceful, and often undiscernible at first. But above all, I wish the people in my images to feel and be at their absolute best. A deeper intent? To always seek the meaning that rivets my subjects, and contribute to their human imprint, in the most gentle way. FIND OUT MORE

Shooting film and knowing what these photographs mean to people’s lives drives me to strive for more. I grew up going through the candids my parents kept; me and my brothers, our childhood, their parenthood, our love – a very affectionate, and very honest reel of everything that made us who we are today. Going back to these, year after year, I understand they come with a constantly more powerful and more collective knowledge. Film photographs are our own private sense of participating, caring, forgiving and belonging. I want that for you. The difference you can make going into the world, loving. 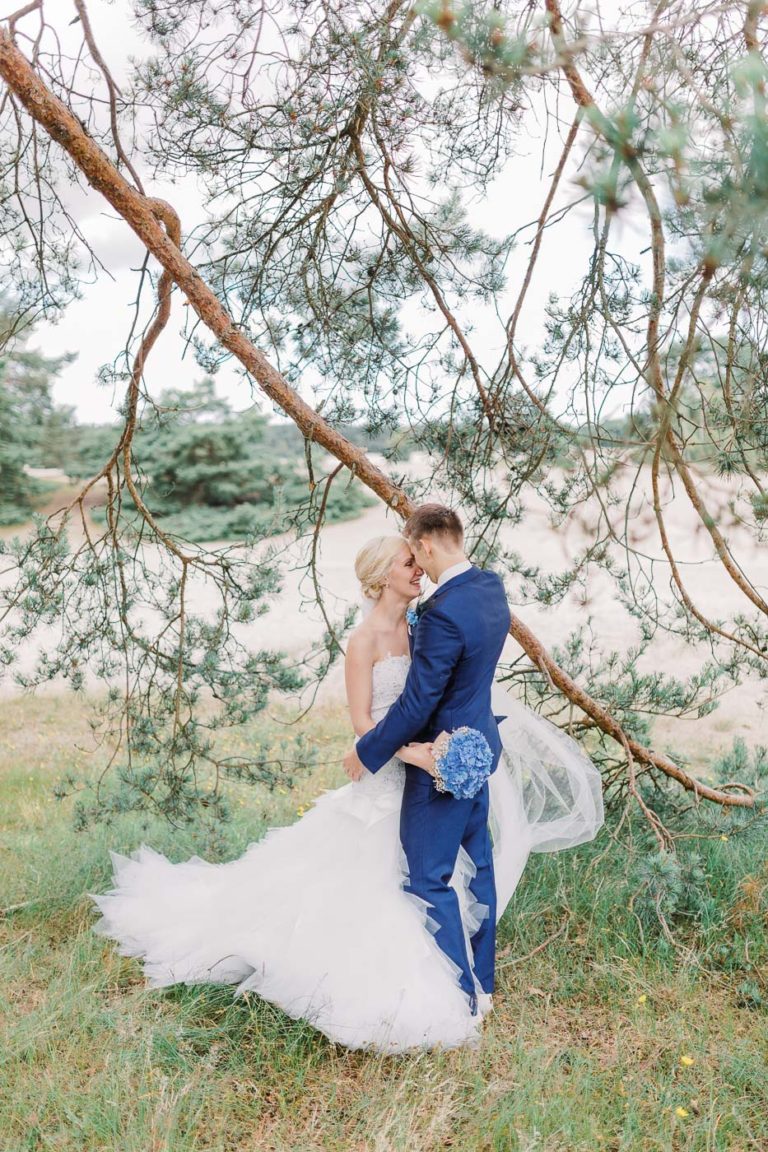 “ Tomas is a perfect professional who knows how to make you feel special and who is pleasant all day long.

We are very excited about how Tomas captured our wedding, the photos are amazing!

Tomas is a great wedding photographer ... “ 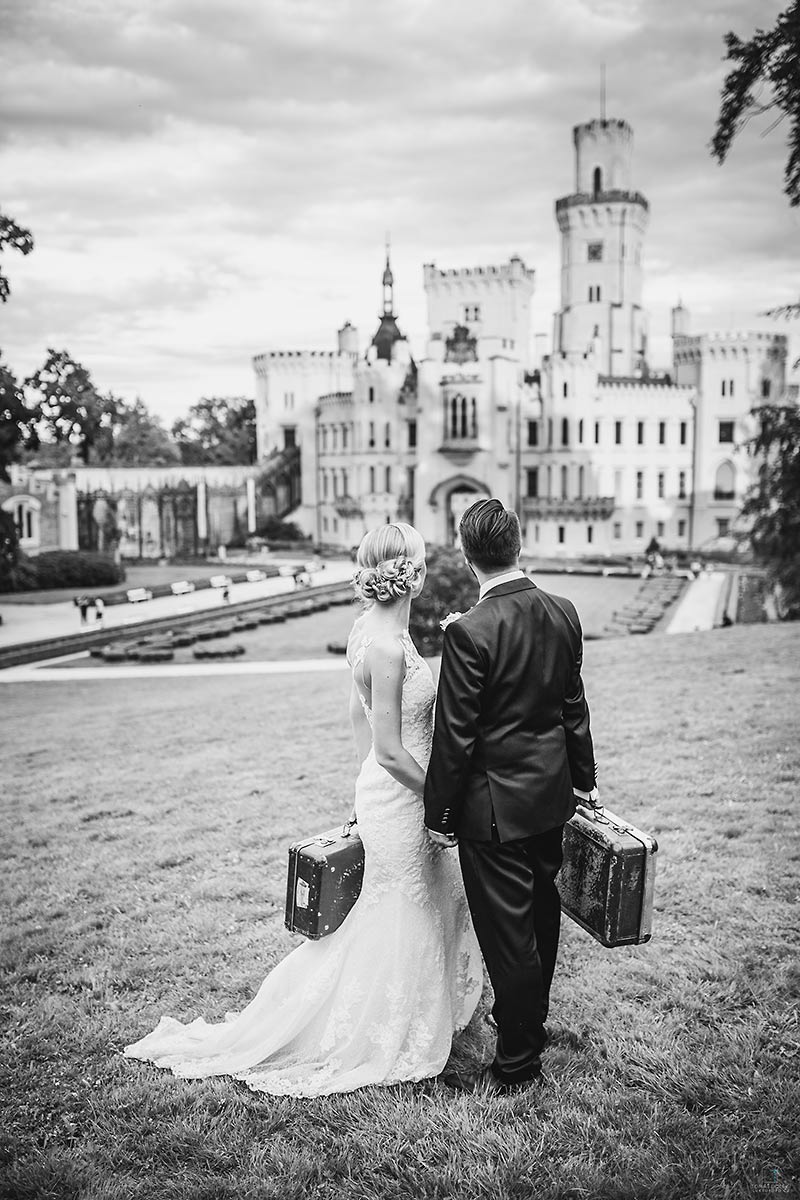 We had the honor of having him at our wedding and didn't regret any single second.

He was absolutely awesome... totally professional, friendly and uncomplicated.

It felt like he was part of the family.

We were looking for a photographer who would make those beautiful moments last forever. And we've found him … “ 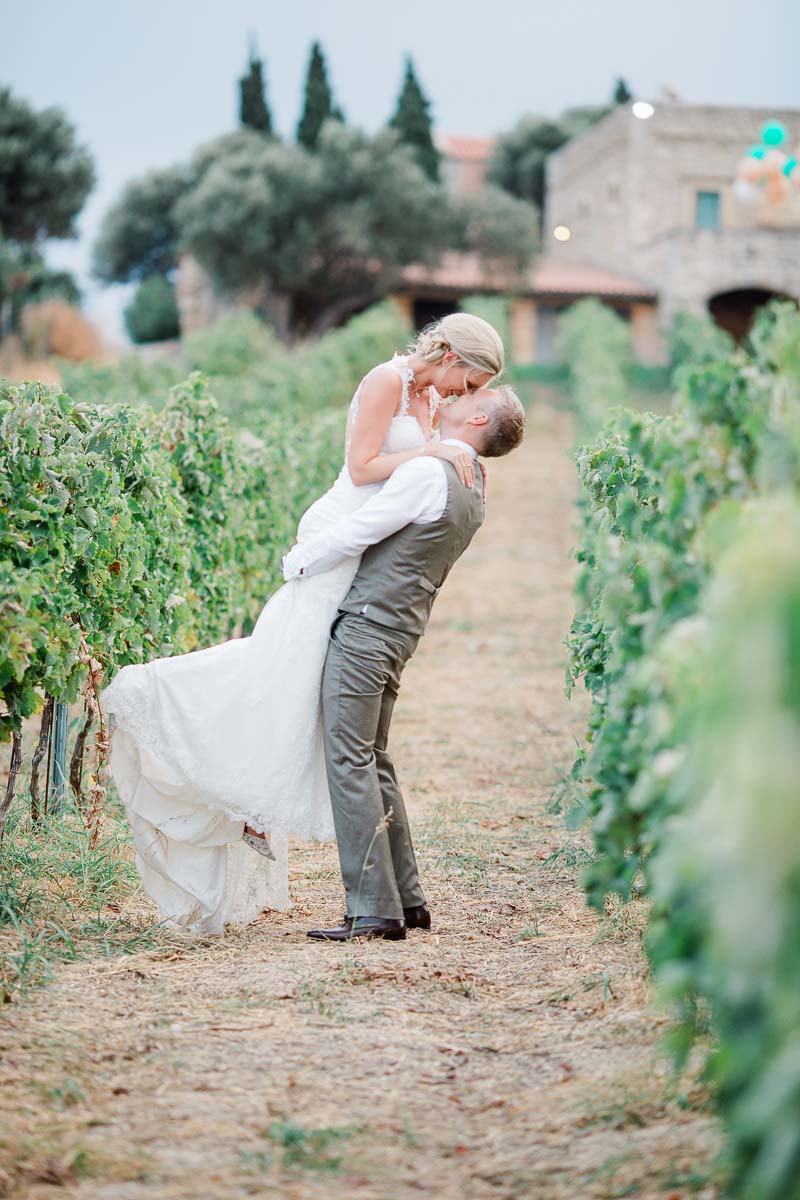 The photos are absolutely amazing! All of them... I am so impressed.

They really captured all the wonderful moments..... emotional and fun.

Tom made us cry and laugh all over again. Wonderful… “ 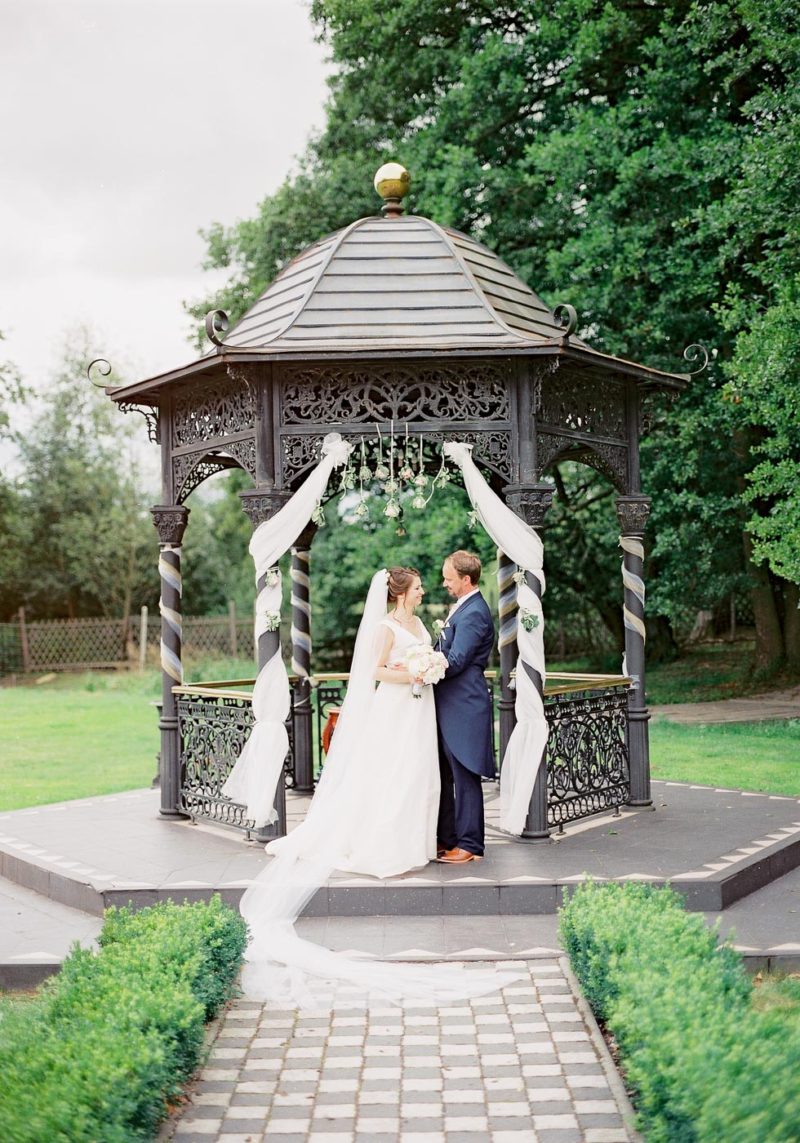 “ On our wedding day Tomas provided a fantastic service from start to finish, all with a friendly and enthusiastic approach.

The group photos were very well organised and the individual photos were both creative and professional.

The photos were taken using traditional analogue film as well as new digital cameras and the finished product is of a very high quality.“ 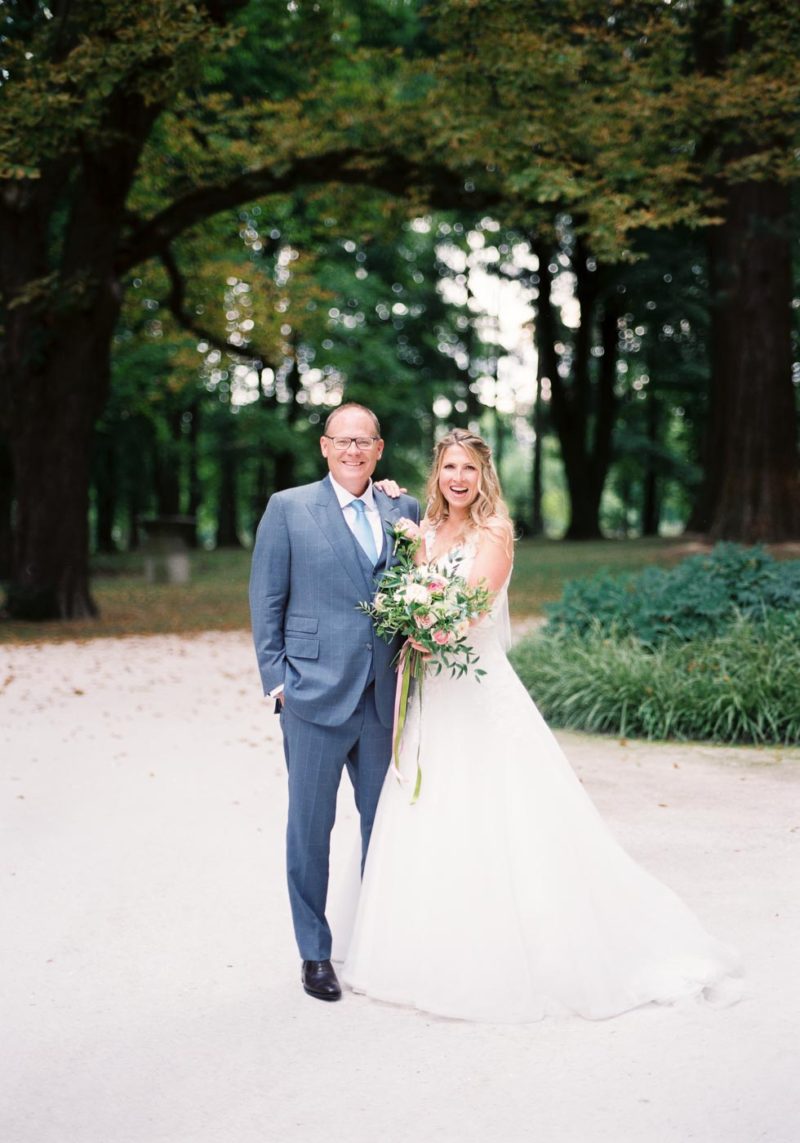 “ The cooperation with Tomas was very easy and professional.

Even my husband, who is not used to be photographed, enjoyed working with Tomas.

The photographs we received were very unique and absolutely beautiful...

Now we have amazing memory to our wedding day. I could not choose better photographer. “ 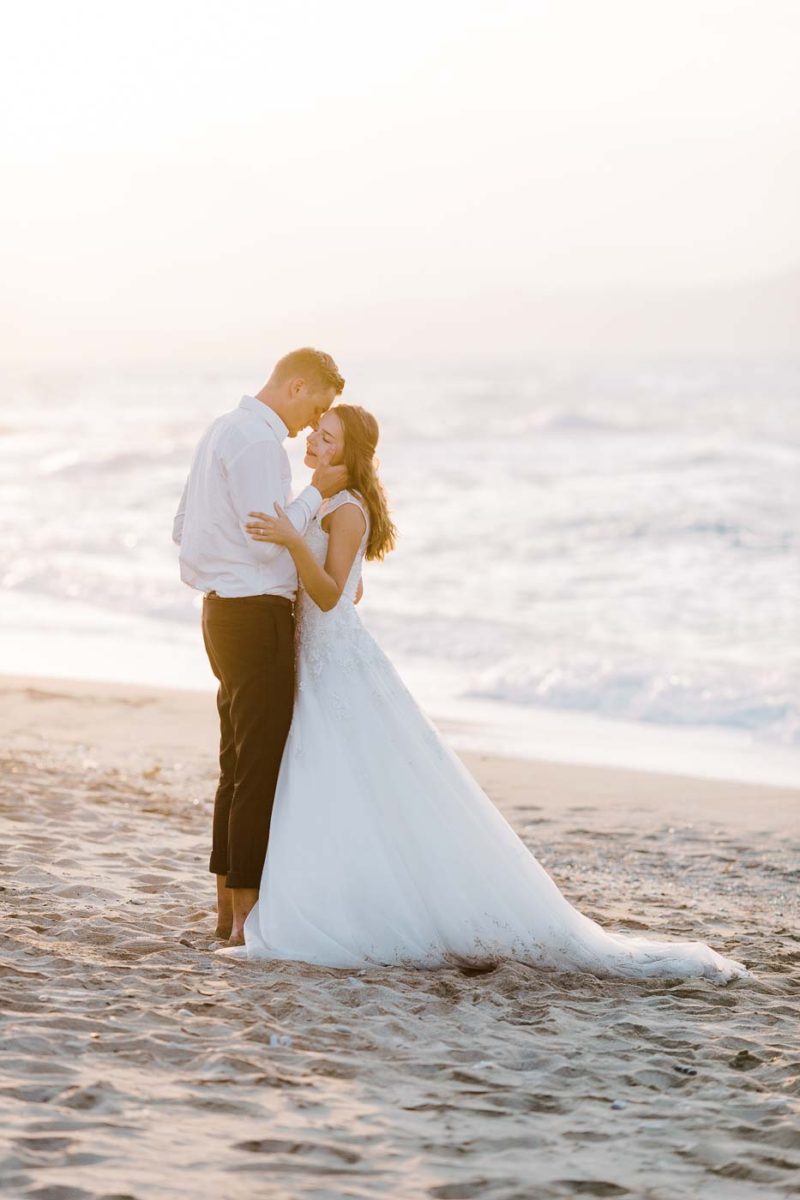 “ Dear Tomas, we have just received our photographs. WOW!

Thank you so much for your time ant the great results.

We knew you would deliver great photos but you provided even better! 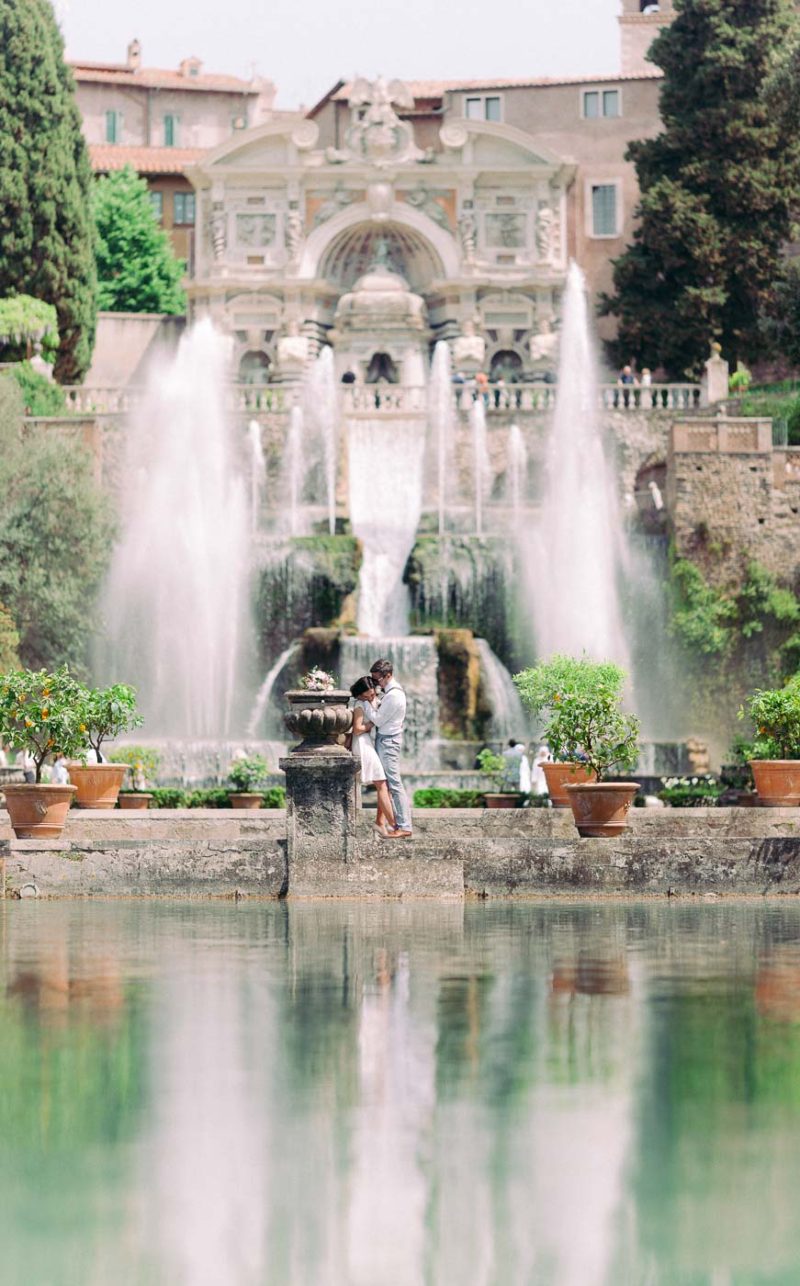 the photos are absolutely amazing! We are so glad we chose you. 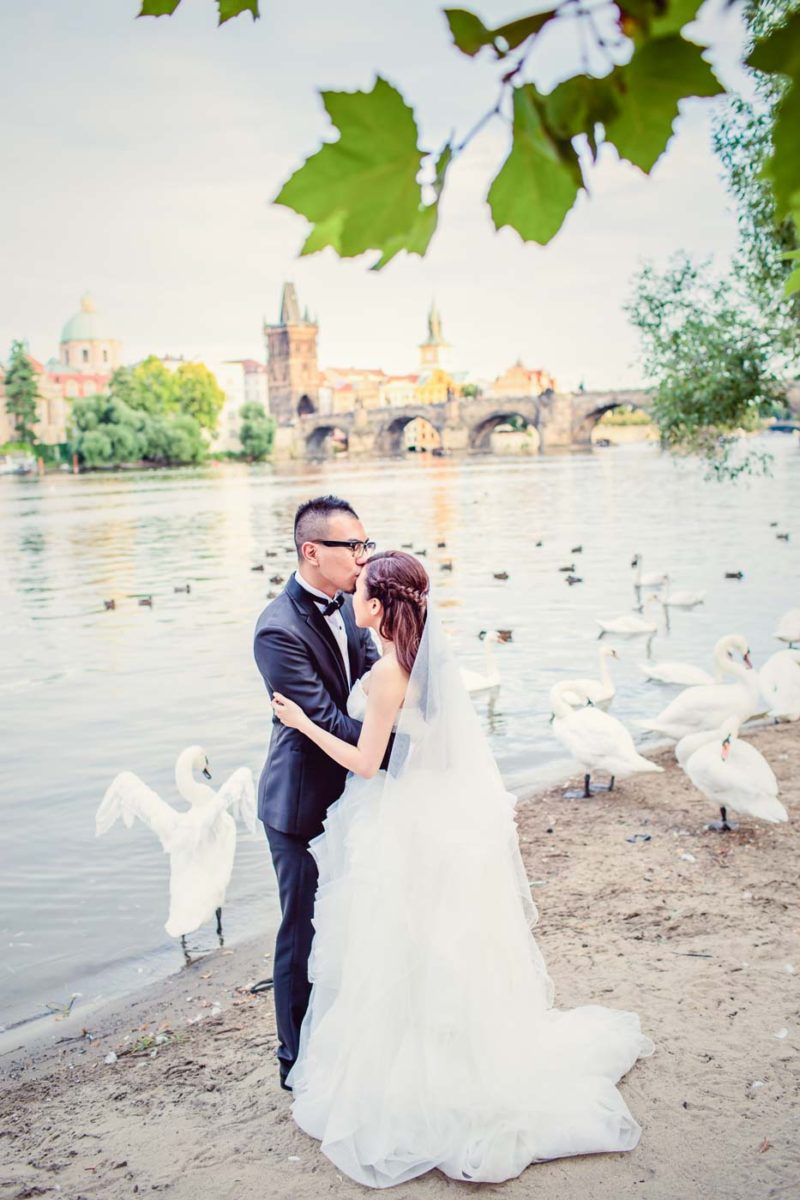 “ Dear Tom, OMG, the photographs are absolutely stunning!!!
We love them so much, million thanks for the photos!!!

You are the best!

Look forward to receiving more of them and the disc. … “ 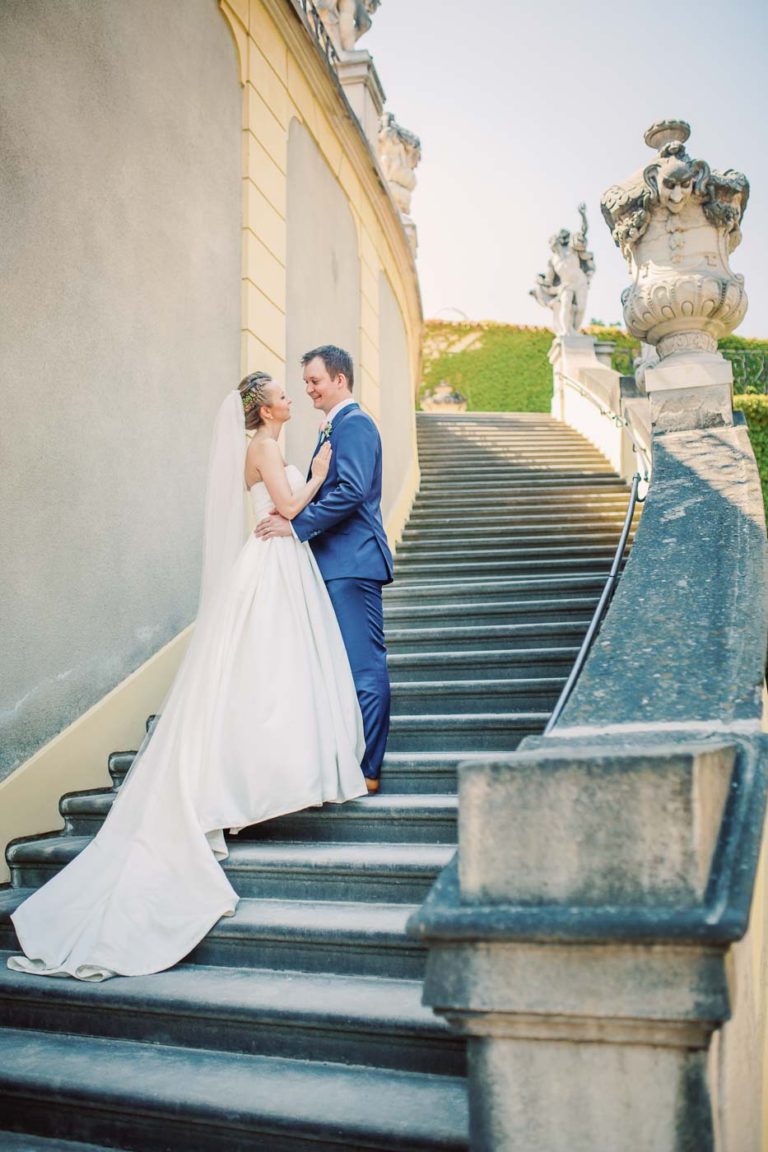 thank you so much for the photos. We have seen them multiple times, all of them are so beautiful. One even could not tell that it was such a hot day.

We are very excited about the result and we are looking forward to the prints. Thank you from all of my heart for your great attitude.

Our wedding guests are raving about you telling us how pleasant person you are... :) “

If these beautiful images by TOMAS don’t have you planning your Greek destination wedding, nothing will!

Prague is a variegated caress on the senses

Weddings in Prague feel like a celebration and travel journal all rolled into one.

Prague is a variegated caress on the senses

Weddings in Prague feel like a celebration and travel journal all rolled into one.

Sauntering the cobbled lanes and hidden courtyards Prague beckons you to its romantic mysteries, while perfectly manicured gardens and Bohemian chateaux will make you feel as if you’ve just slipped off into a fairytale world.

As a fine art wedding photographer in Prague I’ve always had a soft spot for iconic cameos pouring into visuals, from the setting sun-glinting off palace domes, to the quiet grace of amber skies casting their golden peplum over the scape.

Prague is a stunning wedding destination

Each time I get to capture a wedding in Prague I wish to make my couples feel they’re a part not only of a grander scheme but their stunning destination itself.

The impetus of my work?

To create breathing, luminous photographs that will evoke the day’s sounds, emotions and aromas; imagery that preserves this unique piece of every couple’s history, fully convincing that time can indeed stand still.

Dubbed by international wedding press (Magnolia Rouge, Adore, Amber & Muse, Weddings Chicks and more) as one of the most influential and gripping fine art wedding photographers, Tomas Dolejsi has been a film destination wedding photographer since 2007. Part of Tomas’ ability to create timeless images stems from his willingness to embrace the “now”, but also what is to be sought-after for years to arrive. He understands what is important to his clients, keeping his burgeoning visuals and honest approach relevant to their personal culture and couture. Having documented hundreds of weddings in many European destinations such as Italy, the Greek islands, Switzerland, Spain, the Netherlands, France, Slovenia, Poland, Slovakia, Czech Republic, and more, Tomas believes there’s something incredibly romantic about the ambiance and soupéon of each location.

Tomas acknowledges that the new digital era has pushed his arte to become even more centered around the meaning-making behind each image he creates. “A wedding photographer’s job is not to only take a photograph that hangs on a wall, but to craft a capsule that sparks enthusiasm and initiates legacy”. “My work is my life. But it is also a thrilling life, filled with great people whose special moments deserve a purposeful, deliberate narrator”. An avid art collector in all its forms, Tomas draws inspiration from architecture, gastronomy, portrayals, design, and fashion, applying their punch into his creative forray. Over a decade after his first breakthrough, he still persists on working hard, with the desire to constantly move, and most importantly make the most of his 365 days, wishing each and every one of them to be incredible, just like the couples he photographs. 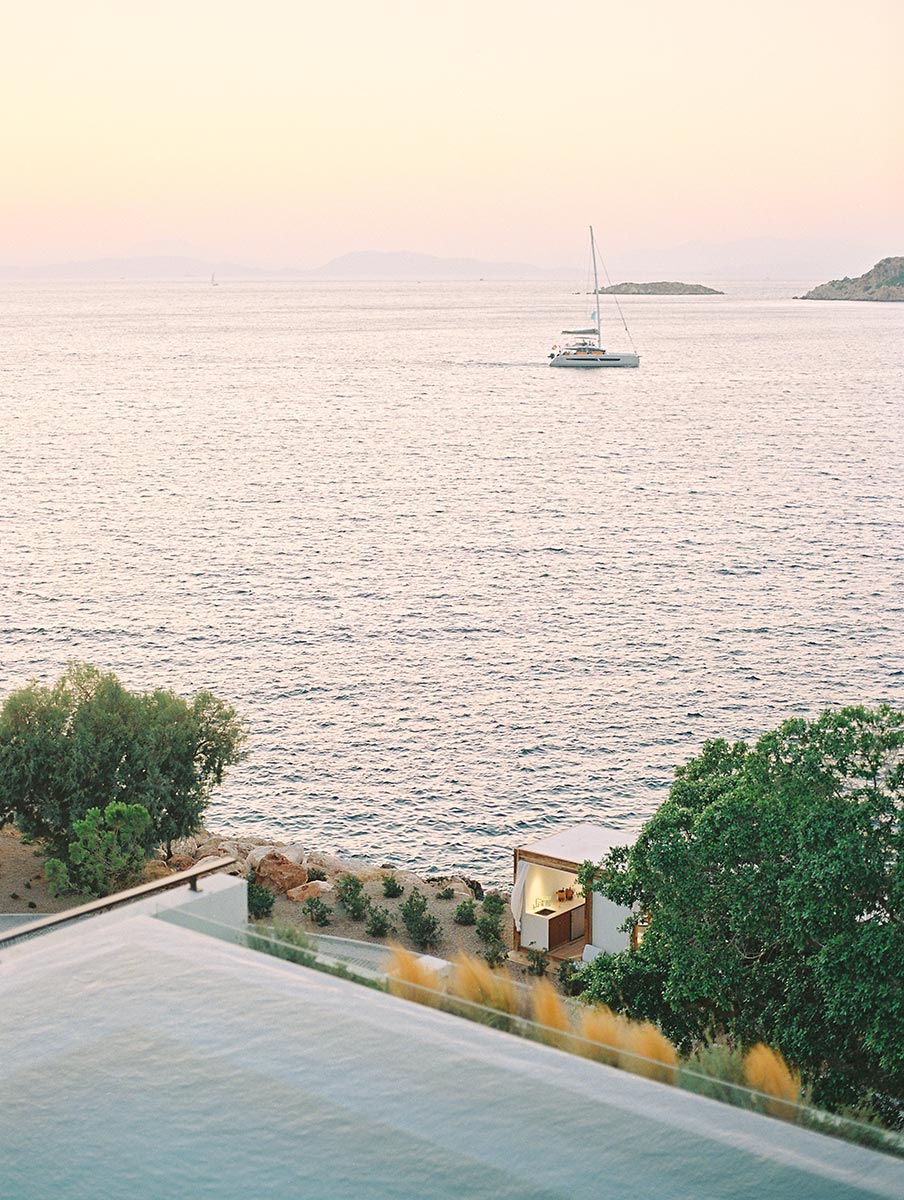 A flâneur – a saunterer – an acute observer – a cestovatel as we say in Czech. No matter how far on the map I’ve ventured, I’ve always aimed to look more deeply into a country’s people, not just the random encounters. These in-depth snippets remind me there’s always more than meets the eye, traditions, flavors, colors, fine nuances of character, rituals, customs, all of what makes a couple and their families so intriguing. When traveling with you I wish to capture images that stop you in your tracks, place you in the action and are integral to your Love. During the coming season my travel schedule is filled with some of the most riveting wedding destinations across Europe, so feel free to contact me with your destination wedding plans. Let’s find ourselves in a new time zone and create something beautiful together. I’d love to hear about your upcoming adventure

A LIFE TOLD OVER FILM SEQUENCES

It is the 90’s – “Friends” debut on NBC but I’m studying economics at the University of Prague. My savings land me with a new camera. It’s a spiraling tech-world that injects me with curiosity and within months shoots me up editorial work. Online photography magazine is launched and it’s my doing. I’m thrilled and photograph daily for the love of it. A friend asks me to document his wedding, then more requests pour. Soon, it is workshop talks and photography events, photography book publications, and yes… weddings. My Wall Street plans give way to a reel of feel-good days, and I gain entry to the world of destination events. Fast-forward 13 years and film still rules my world. My 6×4.5 and 6×7 medium format Mamiya cameras are my medium of seeing Love and bottling it up. Fashion may fade, but Love… It’s a big YES, forever. BUT THERE IS MORE TO LIFE THAN PHOTOGRAPHY, RIGHT? 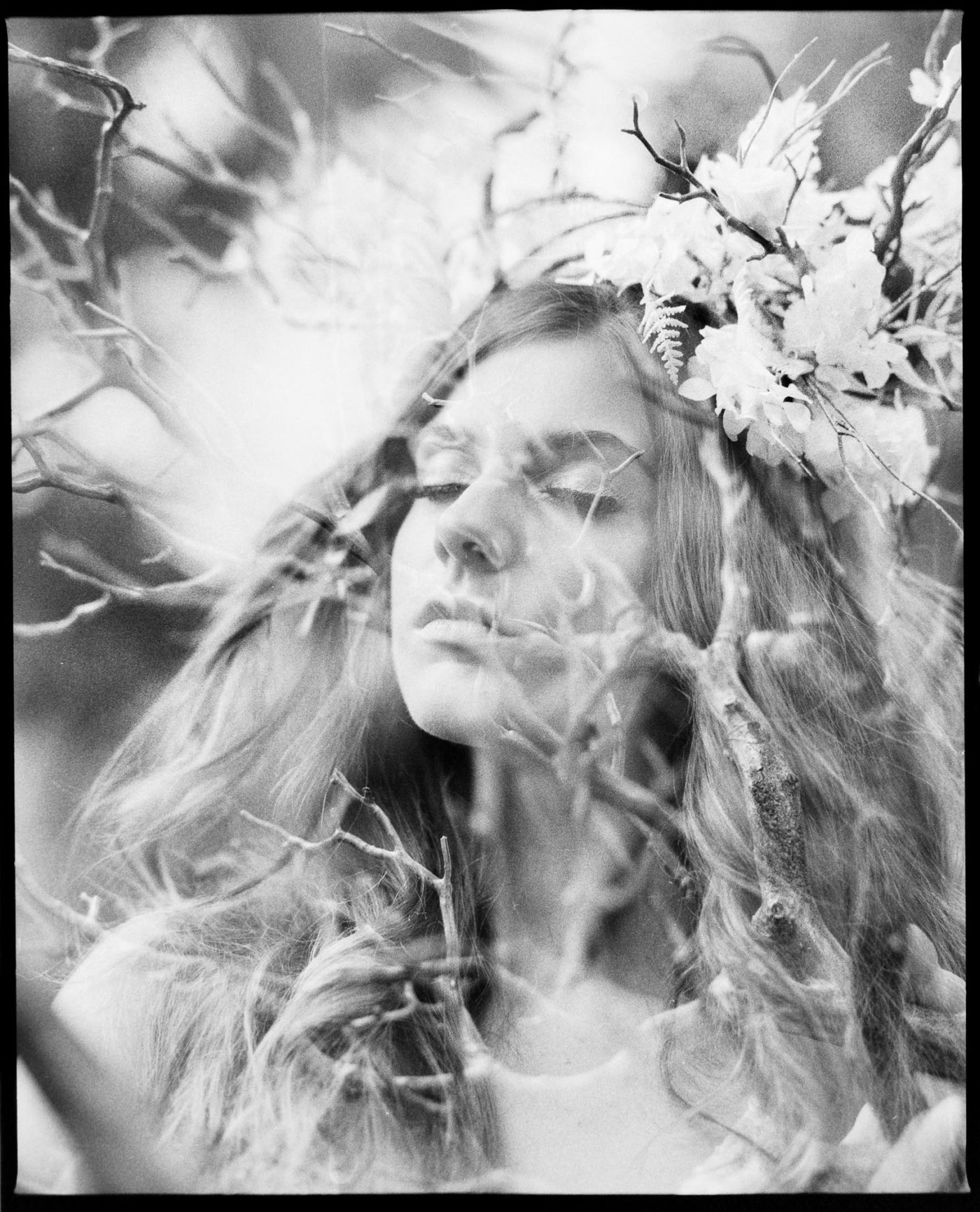 LET'S KNOW EACH OTHER

My daughters Nela & Lenka are the apple of my eye. Their smiles can brighten even the gloomiest of days.

I met my wife, Lucy, when I was seventeen. My guess is growing older stopped right there. I still love her like a teen.

It may be far-flung shores, or quiet coves anywhere, the rippling waves, the ocean spray, toes dipped into sand… I’m sold.

This year I’m building our garden sauna. But these terrace hedges don’t water themselves.

Cross country skiing and kitesurfing are my passions but I don’t count my situps either.

Dance is another way to express myself. A former award-winning professional ballroom dancer, I began dancing before my university studies and continued many years after graduation… So if you need some guidance with your first dance, I can help out.

A vision is too great to fit inside an IG square, but there are surely some pieces of fabulous moments to be found here. I'd like to share them with you. #tomasdolejsi